skip to main | skip to sidebar


Dr. Billy Taylor, a D.C. native as famous for his work as a educator and proselytizer as for his formidable skills as a pianist, died yesterday at 89.
Taylor grew up in the District, attending Dunbar High School and taking piano lessons from Henry Grant — the same local legend who taught Duke Ellington to play the keys. After graduating from Virginia State College in 1942, Taylor headed for New York City, where the bebop revolution was about to sweep across the city and the entire jazz world. He quickly earned a spot playing with saxophone legend Ben Webster and an apprenticeship with the great Art Tatum. Eventually, he became the house pianist at Birdland jazz club in Midtown Manhattan, where he played with Charlie Parker, Dizzy Gillespie, Miles Davis and numerous others.
Solace - Billy Taylor Trio -1945
Taylor expanded his repertoire as a Broadway musician, a player in Machito’s famous Afro-Cuban band and a member of the Don Redman Orchestra’s European tour in 1948 — the first such venture by an American jazz group since the end of World War II.
But Taylor’s strongest legacy is as a jazz teacher and international spokesperson: He earned a doctorate in music education from the University of Massachusetts in the 1970s, and performed hundreds of free concerts across the globe throughout his life. He also frequently took to the airwaves to spread the jazz gospel. His work in media started in 1958, when he was musical director at The Subject Is Jazz, a National Educational Television show and the first dedicated to jazz. He did profiles of musicians on CBS’ Sunday Morning, and was a frequent producer for PBS. His most famous work in radio was probably the National Public Radio program Billy Taylor’s Jazz at the Kennedy Center, which he broadcast weekly from the hometown venue where he long served as artistic director for jazz.
Dr. Billy Taylor on CBS Sunday Morning
Taylor penned over 300 compositions, including the classic civil rights rallying cry “I Wish I Knew How It Would Feel to Be Free.” He was named a National Endowment for the Arts Jazz Master and received the National Medal of Arts, among scores of honors and prizes.
Taylor is survived by his wife, Theodora, and his daughter, Kim Taylor-Thompson.
Posted by JazzSearch at 12/31/2010 11:57:00 AM No comments:

JAZZ UNDER THE CHRISTMAS TREE

The attack of the sonic mistletoe - holiday music is everywhere!  But have you noticed how even the most banal, hackneyed Christmas song - (and I say Christmas because The Klezmer Dreydle has yet to hit the mainstream...) sounds so much better when put in a "jazz context"? One might consider that when playing holiday music for broad appeal such as on the radio (hearing Louis Armstrong on the local "Light FM" greatly improved my opinion of "Rudolf The Red Nosed Reindeer") or as accompaniment to holiday cheer in  a social setting.  Where to start? These are among the best... 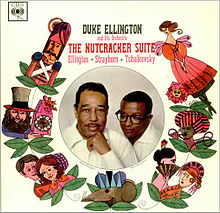 Duke Ellington Orchestra - The Nutcracker Suite: Ellington Strayhorn Tchaikovsky - Columbia
As the saying goes, "start here" because it doesn't get any better than this - Ellington and Strayhorn at their creative and organizational plateau; an orchestra that is uniquely suited for the material; the blessing (and watchful eye) of Peter Illych himself. Many consider this Tchaikovsky's greatest work and you can hear the love and respect Ellington and "Strays" have for it ; the composer's intended pageantry & mirth are augmented by the requisite Ellingtonian imagination and depth.  The original recording is out of print but you can find the music on a CD release called "Three Suites". 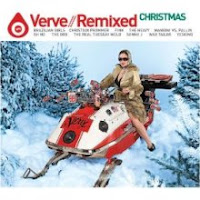 Crazy imaginative and entertaining reinventions of Louis Armstong's "Z'at You Santa Claus", Shirley Horn's "Winter Wonderland" and Jimmy Smith's "God Rest Ye Merry Gentleman" (unusual to begin with!) along with songs that evoke the season - "Chilly Winds Don't Blow"(Nina Simone) "Good Morning Blues" ( Count Basie) and an outlandish reggae remix of "I Got My Love To Keep Me Warm" by Billie Holiday. 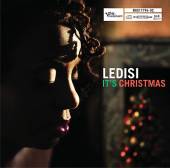 As to be expected, Ledesi finds new territories in the holiday musical repertoire with her breathtaking gift for re-imagination;  Don't start the party without it. 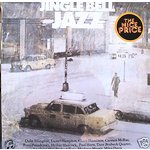 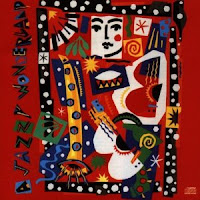 Spyro Gyra - A Night Before Christmas -

Have Yourself A Jazzy Little Christmas- Verve 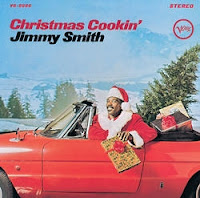 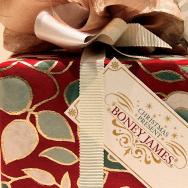 Ramsey Lewis - The Sound Of Christmas -

Booker T And The MG's - In The Christmas Spirit 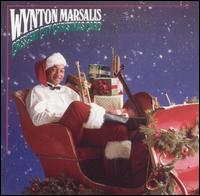 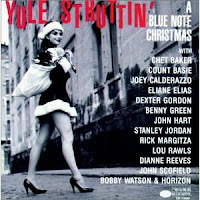 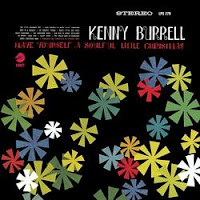 Kenny Burrell -  Have Yourself a Soulful Little Christmas - Verve

Luther Vandross - This Is Christmas - Sony 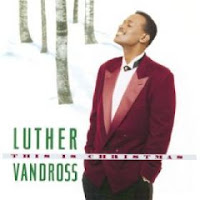 He will be missed. Read Peter Keepnews' New York Times obit....  and this story on the NPR music page.
Something else to remember him by - a video of James with The WDR Big Band...more words and music to come.

All About Jazz News